Christy Rutherford… What Have You Sacrificed For Success? Was It Worth It? Ahhhhh, the ever elusive term S-U-C-C-E-S-S. As I reflect on my previous career path and accomplishments, I also look at what advice would have been useful prior to entering the job market, and then again mid-career.

Success has to be achieved and is not freely given to anyone. In the pursuit of success, it’s easy to lose sight of what’s sacrificed along the way. Not consistently reflecting and redefining the meaning of success, many people have tunnel vision in their pursuits. Regret comes when they finally stop…reflect….and then realize it’s too late to take corrective action.

Success is a journey and not a destination. Once I graduated as an officer in the military, I thought that was SUCCESS because it was my first post-college job, only to realize that it was the beginning of the journey. Thought obtaining an MBA would satiate my desire for success; nope. Buying my first house; no. Second house; nope. After achieving my lifelong dream of going to culinary school; nah. Being awarded a prestigious medal because of our efforts after Hurricane Katrina; not a chance.

I failed to realize that while working to obtain society’s definition of success (which had become my own), there was a leak. The leak was my personal life, personal growth and time with my family. Equating myself to a gallon container, it can only hold a gallon of liquid. The more SUCCESS liquid I poured in, in order to hold it, that same amount leaked out (sacrifice). In full pursuit of my goals with intense workaholic’ism (not a real word), the rapid pressure of filling the container with SUCCESS liquid, had an even more intense pressure of SACRIFICE liquid coming out of the unseen hole. This cycle of putting more in and never actually feeling full(filled) only became evident to me a few years ago.

Looking at the resignations of some high level CEO’s, it looks like I was not alone.

The CEO of Reddit recently resigned because he found the job to be stressful and draining. Citing that after two and a half years, he was completely worn out, and outside people and his coaches (those that were for him and not his title) expressed concern about his health. He also stated that it had detrimental effects on his personal life.

In March, the CEO of PIMCO, who reportedly earned $100 million annually, resigned shortly after his 10 year old daughter gave him a note of 22 events he missed in her life because he was working, including PTA meetings and her first day of school. That note gave him a wake up call and made him realize he wanted to focus more on his family.

The brave decisions of these CEOs to redefine success for themselves should be encouraging to others. It also shows that in some cases, even when you get to the top and are deemed successful by your colleagues, industry and family, there may be something missing. They were brave enough to change their lives now and not live in regret later.

The ex-CEO of Reddit is being harshly criticized for his decision, but I applaud him because he’s making important decisions about his life and not living in the expectations of other people.

I’ve never heard of someone on their death bed wishing they had worked more or driven their BMW 640i more. Can’t recall someone who was diagnosed with terminal cancer talk about how they wish they would have resolved conflict better with someone at work. Most people who are dying aren’t reflecting on material possessions, but how they lived their lives and what they did with the 24 hours they had each day.

“I said to myself, “Come now, I will test you with pleasure to find out what is good.” But that also proved to be meaningless. “Laughter,” I said, “is madness. And what does pleasure accomplish?” I tried cheering myself with wine, and embracing folly-my mind still guiding me with wisdom. I wanted to see what was good for people to do under the heavens during the few days of their lives. I undertook great projects. I built houses for myself and planted vineyards. I made gardens and parks and planted all kinds of fruit trees in them. I made reservoirs to water groves of flourishing trees. I bought male and female slaves and had other slaves who were born in my house. I also owned more herds and flocks than anyone in Jerusalem before me. I amassed silver and gold for myself, and the treasure of kings and provinces. I acquired male and female singers, and a harem as well-the delights of a man’s heart. I became greater by far than anyone in Jerusalem before me. In all this my wisdom stayed with me. I denied myself nothing my eyes desired; I refused my heart no pleasure. My heart took delight in all my labor, and this was the reward for my all my toil. Yet, when I surveyed all that my hands had done and what I had toiled to achieve, everything was meaningless, a chasing after the wind; nothing was gained under the sun.” Wow! Wow! Wow! ?

Are you toiling away at work for your family, but rarely see them? Are you working to pay for expensive cars, but only drive them to and from work? Will you reflect on your life and analyze what’s important? Have you reconsidered your definition of success in the past 5 years?

In an effort to live your best life today, I offer the following questions:

Once you’ve answered the questions for yourself, be brave enough to fight for the life you deserve. We all have a limited amount of time on this planet and it’s encouraged to live your best life now and die without regrets.

What are some of the things you unknowingly sacrificed for success? How has your definition of success changed over your career? What things are most important to you now? 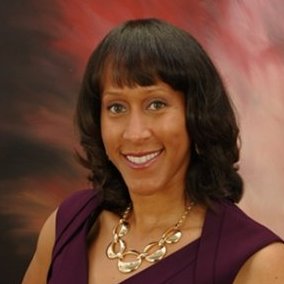 Christy Rutherford, an Executive Leadership Strategist, trains leaders on long-standing leadership principles to assist them with realizing their full potential and increase productivity. She also coaches Type A leaders who are suffering from burnout, which impacts their performance at work and home.

Download your free workbook: “Success Roadmap – 7 Powerful Ways To Get Clear On The Results You Desire” at www.christyrutherford.com

Check out the programs designed for you to manage your stress, reduce anxiety and significantly improve your life while you work to make a living. www.christyrutherford.com/programs Top 10 Ways to Achieve Your Goals